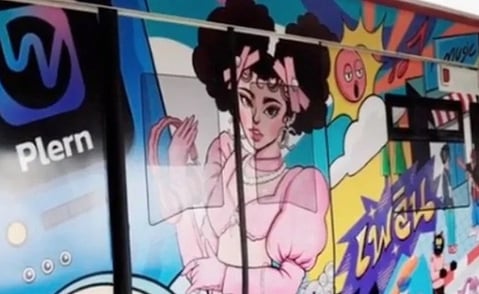 If you’re not living in Thailand, you’ve likely never heard the name ‘Plern’. Inside the country, however, Plern is a fast-rising streaming music platform that is quickly gaining notoriety. The platform reached 1 million app downloads across both iOS and Android just three months after launch, with a localised focus quickly drawing followers. That was enough to get noticed by global mega-giants like Spotify, Apple Music, and YouTube Music, all of whom have a serious presence in the country. 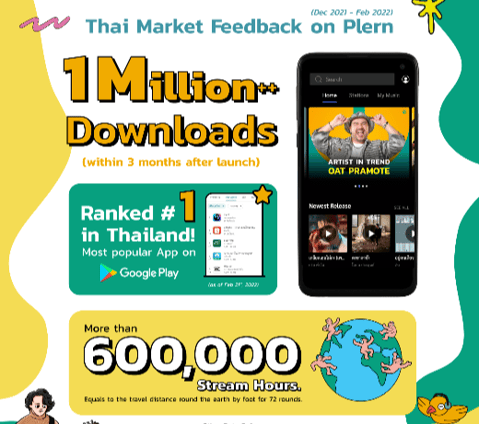 Plern told Digital Music News that they first hit the million-download threshold in late February. Additionally, the service has racked up more than 600,000 listening hours, with activity rates surging. On February 21st, Plern became the number-one ranked app on Google Play in Thailand, across all categories.

All of which sounds pretty exciting, especially in such a saturated market. But Plern didn’t start in a Bangkok internet cafe. The platform was spawned by Thai entertainment giant GMM Grammy, with Tuned Global tapped to power the full tech solution.

For B2B streaming company Tuned Global, which focuses on constructing customized streaming music and entertainment platforms, the tie-up made sense. GMM Grammy didn’t want to create a Spotify clone: with its feet firmly planted in Thai culture, the company aimed to deliver something better tailored to Thai tastes and tech usage patterns. That fits squarely into Tuned Global’s market strategy, which focuses on delivering platforms that differentiate from one-size-fits-all global streaming giants.

In the case of Plern, Tuned Global offered a fairly comprehensive build that included a customized app, API integration, reporting services, catalog management, integration with local ad partners, funnel based marketing tools, and support for external and in-app payment methods. A ‘360 streaming solutions’ approach that differentiates them from all other music backend-only competitors.

Incidentally, Tuned Global’s clientele includes the major labels, who have tapped the company to power artist-focused apps and experiences. But it also stretches into the worlds of advertising, fitness, and sports. One of Tuned Global’s biggest projects is UFC Ultimate Sound, a fighter-focused streaming media app for Ultimate Fighting Championship fans.

For the UFC, the experience revolves around the fighter. For Plern, the focus has been on local artists, labels, and access, with significant differentiation from globalised platforms. 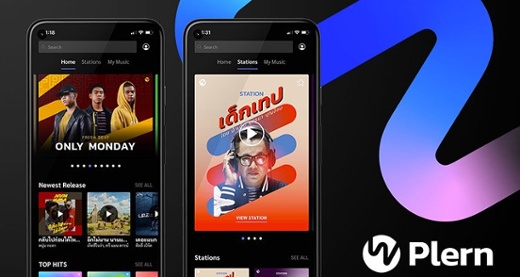 That differentiation is quickly translating into traction. Asawin ‘Ant’ Rojmethatawee, EVP of Music Streaming Business at GMM Grammy and head of Plern, told Digital Music News that Spotify has been in the Thai market for years. But Spotify has missed major parts of Thai music culture, with genres like ‘luk thung’ (ลูกทุ่ง), or Thai’s equivalent of country music, ignored by the Swedish platform.

“55% of the Thai market is country or luk thung local music, but Spotify didn’t focus on that genre at all.” Asawin Rojmethatawee, Head of Plern & EVP of Music Streaming Business, GMM Grammy

That’s part of a broader focus on localized artists, with Thai-based record labels like RS, Serng Music, Top Line Music, Sure Entertainment, Siang Siam, and Solution One given priority. Instead of simply setting up a Thai office, Plern and GMM Grammy are deeply-rooted in Thai culture. The result is an app that offers more curatorial edge and better access to Thai artists and scenes.

Con Raso, Managing Director of Tuned Global, pointed to even more local gradations in the Thai market, specifically between urban and rural areas.

But this goes beyond Thai music culture.

Rojmethatawee explained that Thai mobile usage preferences are quite different from most Western markets. For example, Thai users typically preserve bandwidth on their top-up, pre-paid mobile accounts, and save the heavier-bandwidth streaming for wifi-rich environments. That means on-demand listening often involves offline playlists. And videos typically aren’t viewed outside the home or office, with the preference on YouTube frequently audio-only ‘viewing’.

“A lot of [Thai] people are on a pre-paid, top-up model, so they rely on data-free wifi at the house,” Rojmethatawee relayed. “So they don’t care so much about video.”

That has special implications for YouTube, though it’s also spelling headaches for Spotify. Instead of monthly packages, many Thai users are simply day-by-day users, which doesn’t quite fit into recurring monthly charge structures (Spotify is now launching a daily package in response). “Many are willing to pay on a daily basis, but they’re not topping up on a monthly basis or even weekly basis,” Rojmethatawee continued.

For Plern, those considerations are baked into the offering. The platform is focused on providing a low-data alternative to high-bandwidth video and audio, while focusing on perks like login-free access, lockscreen play, unlimited song skips and offline listening.

But Plern isn’t just scooping up music fans who haven’t signed up to one of the major platforms. Instead, the Thai market is in its relative infancy when it comes to streaming music. Unlike saturated markets like the U.S., Thailand is still wide open. According to the company, just 20% of the country’s nearly 50 million smartphone users are using a streaming music app. Currently, radio and YouTube command a far greater share of the action, though Plern is courting users through a combination of ad-supported and premium accounts.

Now, it’s off to the races. By the end of 2022, Plern hopes to attract 5 million users, a tall task despite the early progress. Undoubtedly, the global giants will be taking notes and imitating the localised approach.

This interview was run and written by Paul Resnikoff and first published on Digital Music News. 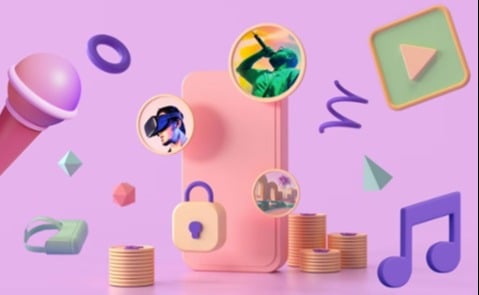 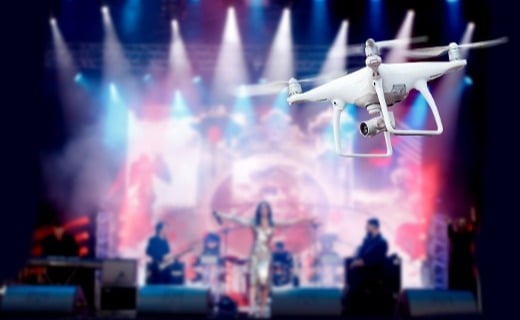