The song which has led Pharrell Williams to world domination literally and catapulted him to be every marketers dream is “Happy”. Not only is he a singer-songwriter, producer and fashion designer, but he understands the importance of marketing and getting the content right to reach a wider audience.

The single which went absolutely manic and the video which has had over 137 million views went viral spawning a copycat of videos done by people mimicking the rapper from Beijing to Barbados. The message in the song is clear and not only is it ubiquitous but it literally makes you feel good, it makes you feel... happy! The video for the first time ever in history had a 24 hour release which ran for 24 hours went viral. The effect of the video and the upbeat tune in addition to the positive lyrics of the song have all been a recipe for success and is a great example of using content to create community and to deliver on marketing objectives.

Heres 3 things that marketers can learn from Pharrell's successful relationship between content and marketing so that you can create your own brand's compelling content?

1. An innovative experience to entice the curiosity: 24 Hours of Happy

The interactive video ‘Happy’ was made available for streaming on 24hoursofhappy.com, and it featured various dancers lip-synching to Williams’ single throughout the course of a day in Los Angeles. The promoters of 'Happy' gave it a platform for the track by releasing it in this special way prior to its general release before it was available to purchase.

The particular equation behind "24-Hour Happy," as the project came to be called, can be broken down as follows: 400 people perform the four-minute song, including Pharrell and a few celebrities. The clock interface allowed visitors to navigate in the video and to watch Pharrell and his friends dancing along to the song at all hours of the day during 24 hours. Each cycle introduced new funny scenarios, dancers and characters such as Steve Carrell and Magic Johnson at a different location each time.

By utilizing the medium of the "interactive" video that allows and encourages viewers to watch, move, share and participate, the video gave people something to talk about and to do. Interactive videos have been done in the past from artists like Bob Dylan and Queens of The Stone Age, each with a different theme and presentation style. Pharrell's video, however, quickly became an experience which is something hard to achieve via a computer screen. The project's very out-of-the-box nature ensured it's instant viral success and word-of-mouth promotion.

Be innovative and don't be afraid to try something new that can get people talking. By making it interactive your counting on audience participation of some sort which makes your content much more engaging for the consumer. 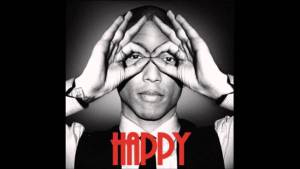 In terms of content marketing, the strategy to use 'Happy' and making it run for a solid 24 hours is contagious. Once you have seen what they're doing in Tahiti, you want to see what they're doing in Dublin and Rome for example. There is huge potential in unleashing something which can strike at the core of the human soul and that can make it go viral. The positive happy vibe of the song and the video with it's feel good content is a formula for success in making content go viral.

>> Read our article about how celebrities make the video go viral <<

The video's joyous vibe which originated in Despicable Me 2 evolved into something far more complex than had originally intended, and ultimately, historic. "Turns out WAFLA (the directors of the Happy Video) had always wanted to do a 24-hour video and were waiting for the right project.

This is not something new but its important to remember that when you are trying to create a marketing campaign. Cute funny happy videos are the videos that go viral. If you can align a positive campaign with your marketing goals and needs then you are half way there in attracting people due to the attraction feel good content has and is proven by Pharrell's Happy Campaign. Remember that and stay focused with that in mind.

When interviewed about the song, Pharrell said he just wanted to celebrate the fact that we are here, we should come together and celebrate life, because there are many things to be happy about. An inspiring and universal message with which we can all connect.

When you include audience participation in whichever medium but especially when using music as a platform it is far more engaging than any other due to the emotion of music, as has been proven with this song.

3. A 'happy' experience to engage people: Sharing the Joy

24 Hours of Happy acts like a campaign website encouraging social sharing throughout. Its proven, such as in this campaign that happy upbeat content makes it a formula for success, with people sharing that content on social media sites which results in more views. The reality is simple, "feel good" content as talked about above will automatically give you higher views on social media networks. By releasing the video on this special website prior to its general release, the promoters gave a platform for the track and a way of sharing before it was available to purchase. Pharrell's video of 'Happy' has had over 137 million views on YouTube because people have shared that video across all social media platforms such as Facebook, Twitter and YouTube.

This campaign is a glowing example of stimulating user-generated content. People from all over the world rushing to spread the message which has propelled the original video to way over 100m hits. It has created huge opportunity for advertising revenue on the original. It has certainly promoted the song far beyond its original boundaries. And Pharrell Williams is famous all over the world. This is all due to a very simple idea that harnessed the incredible power of social media.

In short, successful marketing ideas are everywhere but using music to emphasise those ideas and engage your audience with an innovative experience can catapult your campaign into the "happy" stratosphere.

The success of the song is measured by the results. The singer/writer/producer's smash "Happy" becomes the first song to crown as many as six singular-format Nielsen BDS-based Billboard airplay charts, achieving the feat by rising 3-1 on Adult Contemporary. "Happy" rules Adult Pop Songs and Adult R&B Songs for a fifth week each. It first topped Pop Songs for four weeks, Rhythmic Songs for two and Mainstream R&B/Hip-Hop (viewable on Billboardbiz) for one. (taken from billboard.com)

This example is definitely a successful strategy that could inspire you to improve your strategy and to create something new for your brand.

Do you think that you can incorporate these simple strategies into your marketing by using music and feel good content? Go on think about it and try it...what have you got to lose. 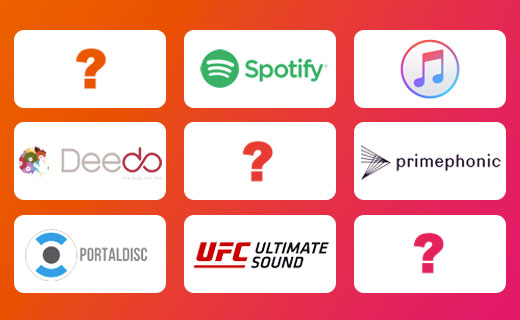