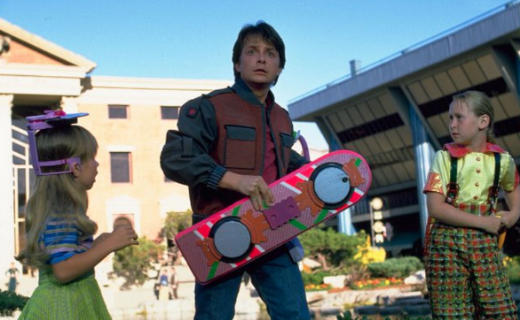 On the 21st of October 2015, we will arrive at the exact moment which saw Marty McFly (Michael J Fox) travel to the future in the time-travelling blockbuster hit ‘Back to the Future II’.

So there are many things that the movie predicted which have not come to fruition – such as flying cars, self tying Nike’s or Marty’s, self-drying jacket. Manufacturers be warned you still have ten months to get cracking on this technological future. But then there are remarkable resemblances to the here and now such as the high-tech specs ubiquitous throughout the movie with ironic resemblances to Google Glass-style capabilities. Flat screens and video conference calls such as Skype are also major wins for the prediction of the future by the movie. The one massive windfall the movie got also right was the decline of rock and roll music with techno electro pop taking over.