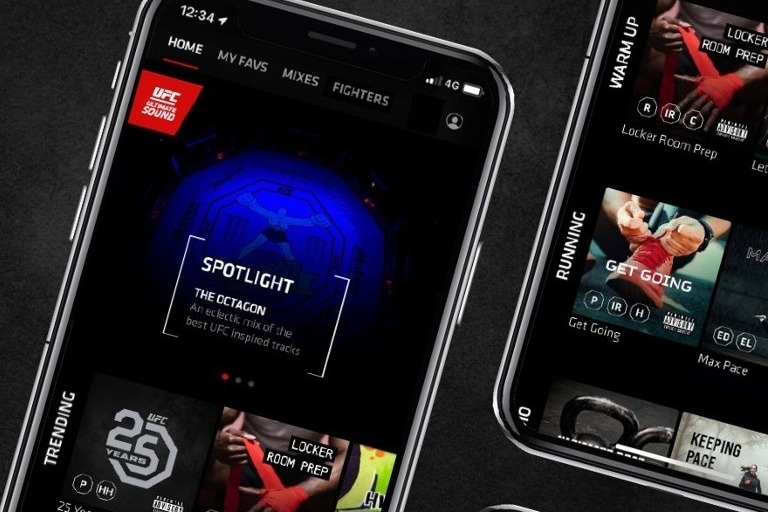 The brand will now serve as the “Official Sound of the UFC”, and is the first-ever music streaming app that allows UFC athletes the opportunity to directly connect with fans around the world through music and content.

“It’s all about bridging a gap between fans and their favorite sport. With UFC Ultimate Sound, we can finally connect fans and fighters on a new level. Music brings people together and we’ve given them a place to meet,” Svein Sorgard, ACX Music CEO said.

“Every mix is inspired by UFC and the fighters and curated by music professionals. Working closely together with UFC, we feel UFC Ultimate Sound is the first step in a new direction for both the music industry and professional sports.”

Within the app there is an extensive set of features including music player, videos, playlists, programmatic radio and lyrics.

Tuned Global also provided the technology infrastructure to allow it to run seamlessly, including cloud technology, a Content Delivery Network and hosting.

“UFC is always at the forefront when it comes to fan engagement,” UFC senior vice president of Consumer Products Tracey Bleczinski said.

“We are proud to be the first brand in the world to offer fans the opportunity to connect with UFC and fighters in a way never seen before.

“Music is an important part of our DNA, and we’re excited about the potential of this streaming service.”