Panel: The Sound of the Metaverse

The Tuned Global team were delighted to attend the recent Music Tectonics conference in Santa Monica, California, USA! During this 3-days event, music industry and music tech innovators discussed the buzziest innovation trends like web3, gaming, the metaverse, live events and more. Our Managing Director and Co-Founder, Con Raso was part of the panel "The Sound Of the Metaverse" alongside Solana, Seven20 and Soundromeda. Watch the recording!

Everyone is talking about the Metaverse, but what role will music play in virtual worlds? Watch this panel of innovators on the forefront of this question as they talk about the implications for both the music industry and emerging new world builders. Just as social video platforms created new use cases for musical accompaniment of moving pictures, how will we line up all the possibilities, pipelines, and intellectual property when sound accompanies interactivity?

Watch the video of this session

More about the speakers

Con Raso - Managing Director and Founder, Tuned Global
Con is the founder and Managing Director of Tuned Global, a leading B2B streaming technology provider who help companies launch their own streaming services. Con is a life-long innovator and music technologist, who has created disruptive tech solutions in the transition from CD to download then streaming and now Web3. Working hand-in-hand with the music industry for the last decade, Con has worked across all aspects of streaming projects including supply chain, metadata, rights, catalogue delivery, distribution infrastructures, recommendation algorithms and monetisation. He is now exploring and embracing the new opportunities offered by Web3 and the Metaverse for music, and works with brands and rights holders in navigating this new space. 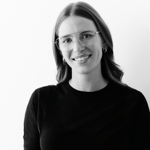 Dean Wilson, Seven20
Dean Wilson is the CEO and Founder of SEVEN20, a technology and entertainment company. SEVEN20 was originally founded in 2018 to overturn the traditional music management model in favour of a partnership-based approach that fully empowers its artists, but in the time since, the company has adopted even bigger goals. Through the freedom of the blockchain, SEVEN20 seeks to push the entire music and entertainment industry forward with new IP and equity deals only possible with this technology.

Wilson is an influential and innovative figure within the electronic music industry as well as the longtime manager for GRAMMY Award-nominated electronic music phenomenon Joel Zimmerman— aka deadmau5—who he signed to one of the industry’s first-ever 360 deals in 2007. With SEVEN20’s new pivot, he and deadmau5 are taking what they’ve learned from years of owning and controlling their own masters and publishing, and looking into the radical new future that the blockchain enables for the industry. The company has entered partnerships with multiple blockchain DSPs including Audius and Emanate who seek to transform the way music is distributed and commodified. Wilson sees these systems as a way of unshackling artists from the burdens of traditional platforms and democratising distribution for everyone. 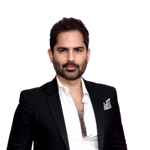 Brayden Pierce, Soundromeda
Brayden Pierce has a profound understanding of the current situation the music industry is in, and sees clearly how Web3 systems will innovate the fan/artist connection, how artists are valued and how artists express and share creative content. He is creating a next-level music entertainment platform called Soundromeda: a gamified, outer space-themed music metaverse experience where the music you listen to becomes immersive planets / soundromeda.io

Brayden's experience runs deep: 5+ years in crypto (as a trader/investor/fundamental analyst/technical analyst), 10+ years in experiential marketing (having worked with the world’s biggest brands like Microsoft, Activision’s Skylanders, Guitar Hero, Call of Duty), and 20+ years as a music artist/producer/songwriter/DJ/record label/music marketer … a musical journey that started as a kid touring Europe on a medieval cathedral tour with his grammy-winning concert choir to selling out venues in LA with his band, to opening for top acts at festivals, to producing music with modern legends and accruing millions of plays from released recordings.