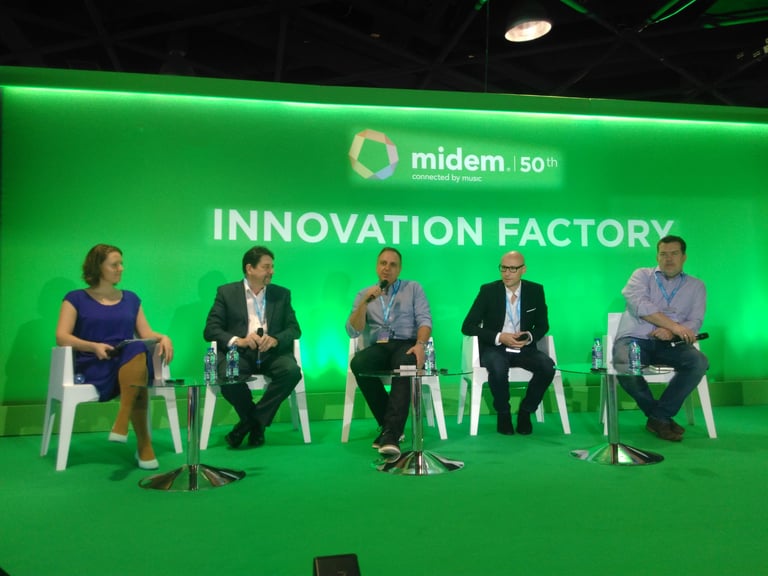 Watch the video of this session, published by Midem 2106 or read the report below written by Stuart Dreadge and initialy published in Musical.ly.

Brand and Music: 'We know Millennials are logo-averse...' (#Midem)

WE’VE SEEN PLENTY OF MUSIC-INDUSTRY CONFERENCE SESSIONS ABOUT BRANDS AND MUSIC, BUT THEY’RE USUALLY FOCUSED ON DEALS WITH INDIVIDUAL ARTISTS.

At the Midem conference today, a session looked at other kinds of partnerships, as airlines, supermarkets, banks, hotel groups and other brands look to do more in music, and with the music industry.

White noted that decades ago, Neil Young mocked artists who worked with brands, but nowadays it’s increasingly standard: both to help them reach new audiences, and find new income streams.

Schliesche talked about how brands work with his company. “Obviously we have carrier partnerships across Europe, which helps us to drive subscriptions. On the other side we do have a partnership with a football club, which is less about subscribers and more about connecting two highly emotional products – football and music – together,” he said.

Robert-Murphy talked about how UMG is approaching its partnerships with brands. He cited Havas research last year showing that 74% of the consumers of any brand would not care if their favourite brand disappeared tomorrow. “Brands are facing something: how can I engage? One, they need to create loyalty, and two, they need to drive new audiences. It happens that music has the biggest audience in the world.”

He gave the example of working with Turkish Airlines, where Universal found that on average, it’s eight weeks between someone booking a flight and travelling. Now, in that time, customers get an email inviting them to “get in the mood” with some tracks chosen from their destination. Then there will be more musical content once they get on the plane – and music listening on those flights has spiked as a result.

“Welcome to the four ‘e’s. Engagement, the second one is experience. The third one is exclusivity… and the fourth ‘e’ is emotion,” he said, describing a lesson he learned during his days in the advertising industry. “And I would add another one, which is an ‘i’ – intimacy – you have to create an intimate relationship [with the consumer].”

Robert-Murphy said that modern artists understand that working with brands can deepen their relationship with their existing fans, as well as reaching new audiences. “But it has to be relevant,” he warned.

Raso talked about how Tuned Global is working with brands in south east Asia. “That market is very much an emerging market. They’re as passionate about music as any other market in the world. They are undergoing a rate of change that the west has had in maybe five years, in one year,” he said. “We believe that music represents the opportunity for a brand. It doesn’t necessarily represent the end result for a brand.”

That opportunity is “all about engagement – it’s about understanding the user at a much deeper label, and being able to engage them with both the artist and the music, and as a brand with what we can offer them”.

Tuned Global has launched a music-streaming app that helps artists “record Snapchat-like video” that will inject itself into the music-streaming station that the fan is listening to, at relevant points. So they may hear a track from an artist, then see the video of them talking about it.

Le Calvez talked about HP’s strategy. “Music for us was a big differentiator: a lot of people listen to music on their desktops, on their notebooks,” he said. “It’s a full ecosystem that we’re looking at to differentiate.” By launching its own music service, HP has found that customers are more likely to buy its products when they next upgrade. “It brings a delight factor that we did not have before,” he said.

Raso talked about the benefits of brand partnerships for artists: not just reach, but revenues to fuel their careers. He noted that it’s vital to “really understand what the brand is after, in the first instance”. But the brands also need to understand the music audience, to ensure they’re not pushing messages to listeners that simply aren’t relevant to them. “Everyone knows the story about the 19 year-old jazz fan who got played an advert for diapers!” he said by way of example.

“We are working for the artists. It’s all about the artists,” said Robert-Murphy, of Universal’s strategy with its brand partnerships. Sometimes, the deals it strikes may be more about engagement and visibility rather than pure revenues, but the sweet spot includes both.

The campaign included some specific content, playlists and artist participation. “It was wildly successful. It blew their KPIs out of the water by about double,” said Raso, who added that having those KPIs in the first place was a big help: knowing what the newspaper group wanted to achieve helped Tuned Global and UMG to plan a better campaign to deliver it.

Robert-Murphy took up the conversational baton. Traditional media spend is falling. “Where are they going to spend this money? They’re going to spend it on something called experiential marketing,” he said. But that has to be measured: so if HP, for example, does a showcase gig with Ellie Goulding, it will be streamed live online and may reach millions of people. Robert-Murphy pointed out that reaching that many people through traditional media would have been expensive.

“The ultimate yardstick is how much you’re driving revenue and how much you’re driving market share,” said Le Calvez. “Since we launched the HP Lounge with Universal Music, we’ve reached number one in the consumer market… When we look at KPIs, obviously we’re measuring the number of people that come to the HP Lounge, the engagement with the customer, but ultimately what really matters is how we’re driving sales and how we’re driving market share. And music has helped us do that.”

The panel talked about gathering data on music fans and sharing it with partners – while respecting their privacy.

A radio-style application where listeners can thumb-up or down songs will help Tuned Global learn about their tastes, said Raso, noting that this data can be shared back to labels to help them understand which of their artists are doing well.

“When you are sitting with a major [brand] company that maybe is the leader in the market, and you’re sitting with their executive team. They very rarely want to talk about music. They want to talk about what music can do for them and their business,” continued Raso. In other words, they may not always be motivated purely by passion for music, but rather more pragmatic reasons. Strong, useful data on a relevant audience can bridge that gap, said Raso.

Robert-Murphy chimed in. “This data thing is very important. Today we have the tools and system: if you are listening to the Rolling Stones you are more likely to drink Coca-Cola than Pepsi… so we can do this great match between brands and talent.”

The panel talked about their favourite campaigns. Le Calvez said HP’s target audience now is “older millennials… and we know millennials are logo-averse” – so it looks for partnerships that are more than just slapping an HP logo on some music content or a gig. He said the popularity of an HP-backed Ellie Goulding gig on YouTube had been one of the biggest successes. “Deeper than just a typical sponsorship engagement,” as he put it.

He talked about HP product placement in music videos, which he said only works “when the product plays a true role” rather than “just throwing a product into the hands of the artist just for the sake of it”.

Raso talked about a Tuned Global partnership with Microsoft, which wanted to show off some of its new web-browser features. Tuned created a game involving “frozen chickens” that included music, testing fans’ knowledge of songs, and getting them to share their scores with friends.

Robert-Murphy talked about a partnership between Jeep and Interscope artist X Ambassadors. “They came out with this song where the lyrics reflect the values of a brand, Jeep, of a car, the Renegade,” he said. “You had kids all over the world singing in the street ‘Renegade…'”

“You need to create a story. For every campaign you do – we hear this a lot but it’s true – it’s about the story,” he said.

Le Calvez was asked why HP only works with Universal. “We don’t have an exclusive marriage with Universal,” he confirmed. “We like to work with people over time and multiple times… but where it makes sense we’re definitely willing to consider partnerships, especially where we have to match local culture requirements.”

Raso talked about keeping relationships long-term with brands, when executives can leave and new ones join who may not be as enthusiastic about music. “When those individuals move on, you lose that passion that’s within that company, and that vision within that company,” he admitted.

The key to longer term relationships is understanding the brand’s needs”What constitutes success for this brand? How do you tick those boxes each time for that brand, and how do you keep it fresh and engaging? Two years is a long time in our industry…” 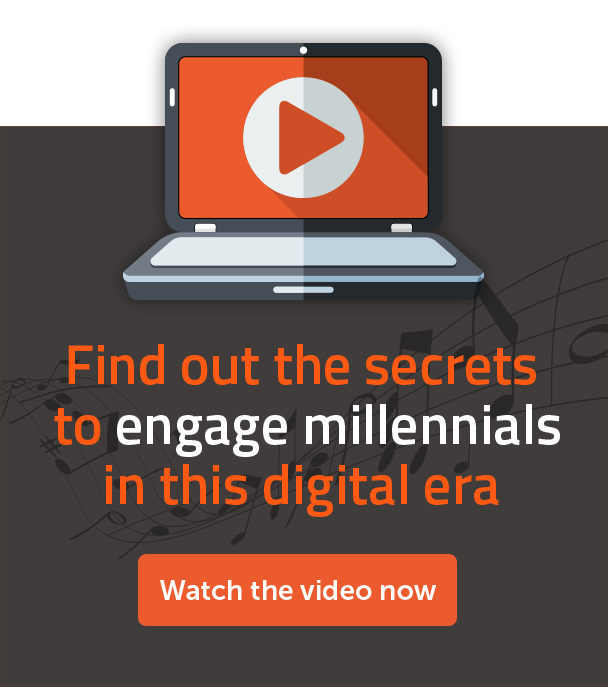