Tuned Global has partnered with Thailand’s largest media and entertainment conglomerate, GMM Grammy, to launch Plern, the country’s first-ever localised streaming app. Powered by our B2B music streaming and technology, it offers a deeper Thai music catalogue than other DSPs and is adapted to a cash-based economy such as Thailand. Plern is expected to attract 5 million monthly active users within the first year. 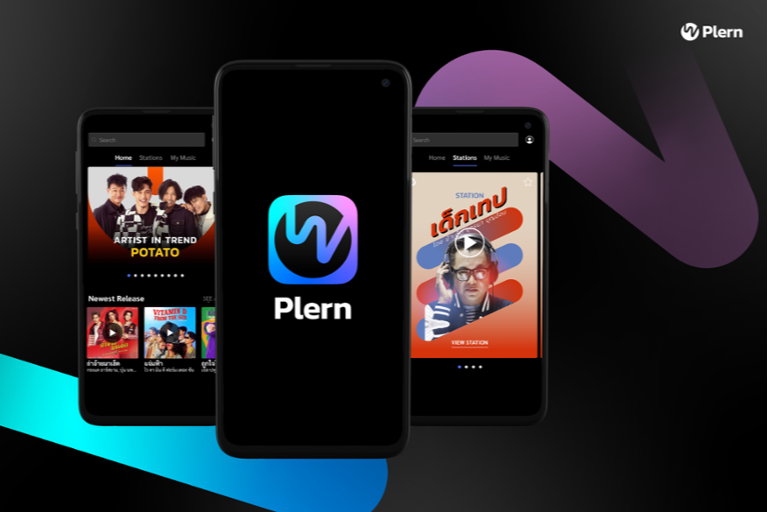 The deal saw GMM Grammy benefit from Tuned Global’s status as a one-stop-shop streaming provider for music, video and podcasts, handling content delivery, and metadata management in both English and Thai. With a proven track record across South East Asian markets including recent partnerships with LYKA and True Digital Group, Tuned Global possesses an innate understanding of how technological limitations, economic constraints, and other local nuances influence music consumption in emerging markets.

Asawin Rojmethatawee, EVP - Music Streaming Business, GMM Grammy PCL, said: “We created Plern to merge accessibility with a high-end music streaming experience and establish ‘massclusivity’ within the Thai market. With the help of Tuned Global, we hope to offer a service that goes beyond the limitations of conventional music streaming apps and provide an unrivalled user experience to all of Thailand.”

Con Raso, Managing Director of Tuned Global, added: “With demand for localised streaming services growing around the world, it’s been a pleasure to work with a company as significant as GMM Grammy to launch Plern. With an expansive local repertoire catering to the needs of mobile users in both urban and rural communities, this app is set to transform the Thai streaming market.”

Want to know more about Tuned Global's white label music, audio and video streaming app to launch your own niche streaming service? Drop us a line and he will be in touch with you shortly.